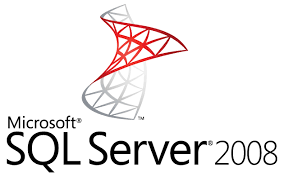 Every single product has its own life cycle. Extended Support is the last phase of any product life span. When an extended support ends, there will be no new features and security updates provided to that product.

As a result anyone still using SQL Server 2008 after the end of support will have at risk. Because cyber attacks become more active on unsupported versions that have a great risk on security and compliance. Therefore, it is highly recommended to the customers either they upgrade to a newer version of SQL Server or move to different platforms for better performance and high security.

Drawbacks of Not Upgrading SQL Server 2008

•Once the extended support deadline passes users will no longer able to receive any security updates for SQL Server 2008 and 2008 R2.

•Data could be at high risk after the end of extended support for SQL Server 2008.

What are the Migration Options Available for SQL Server 2008 users?

Depending on the requirement, you have a couple of options:

You can find out more about which cookies we are using or switch them off in settings.

This website uses cookies so that we can provide you with the best user experience possible. Cookie information is stored in your browser and performs functions such as recognising you when you return to our website and helping our team to understand which sections of the website you find most interesting and useful.

Strictly Necessary Cookie should be enabled at all times so that we can save your preferences for cookie settings.

If you disable this cookie, we will not be able to save your preferences. This means that every time you visit this website you will need to enable or disable cookies again.

This website uses Google Analytics to collect anonymous information such as the number of visitors to the site, and the most popular pages.

Please enable Strictly Necessary Cookies first so that we can save your preferences!